An Introduction to This Site and OBEs

We have put together this site to provide a forum for people who studied Belsebuub’s work on OBEs to discuss their own experiences from using his approach. Before withdrawing from public life in 2010, Belsebuub had a course in out-of-body experiences and dreams that ran from 2001 until 2010. This site is a spot where those who have explored OBEs personally can share their firsthand accounts and connect with each other.

This page provides a brief introduction to OBEs.

What Are Out-of-Body Experiences? 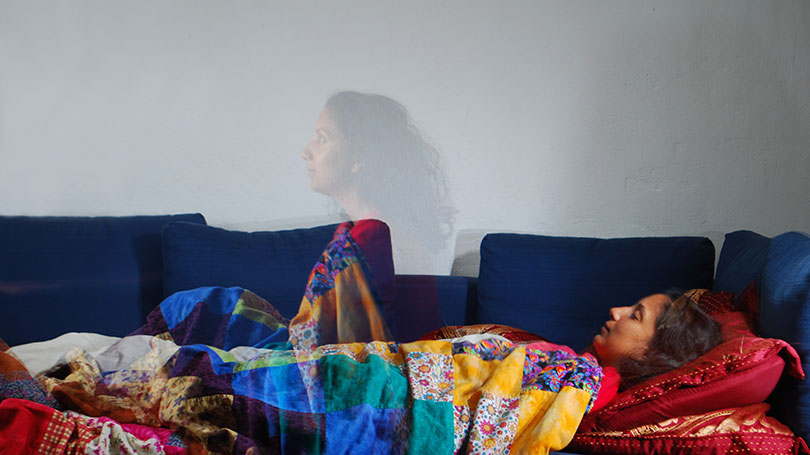 Out-of-Body experiences (OBEs) are a widely-reported phenomena where a person experiences consciousness while being outside of their physical body. People who report OBEs often describe them occurring in conjunction with sleep, either while transitioning into or out of sleep or when becoming conscious in a dream and finding themselves out-of-body.

Throughout history, many people have been able to experience this process. Numerous ancient civilizations including those of India, Egypt, Mesopotamia as well as many indigenous cultures around the world have expressed beliefs about the soul leaving the body during sleep and returning again upon awakening and have depicted it in their myths, sacred texts, and artwork.

Because we usually fall asleep unconsciously, we are generally unaware of this separation taking place, and the psyche is submerged in dreams while we sleep. Being aware of separating, or “splitting”, from the physical body with sleep is known as astral projection.

The approach to achieve astral projection deliberately usually involves focusing the mind so that one is aware of the transference of consciousness from the physical body to what is called the astral body when sleep occurs. This is said to allow a person to explore beyond the physical body consciously in a process also known as astral travel.

Belsebuub is an author who has studied out-of-body experiences for nearly thirty years. He wrote that OBEs are something completely natural, where a person consciously experiences being in a parallel dimension of reality. The most common place that people experience when having OBEs is often referred to as the astral plane.

Belsebuub stated that people are normally not conscious of these parallel dimensions, but that it is possible to experience them directly under certain circumstances, such as when the physical body is asleep or during near-death experiences (NDEs).

Interestingly, while unconscious dreams are often vague, unreal or contain impossible elements, many conscious out-of-body experiences (OBEs) are very real and vivid and occur in an environment that looks more or less similar to the physical world. 1 In some experiences people even see real physical objects or events non-physically which can be later verified physically. These are known to science as “veridical” OBEs.

Belsebuub explained that this is possible because reality exists within all these multiple dimensions at the same time. All physical things have their counterpart in the astral plane and in other dimensions as well. When someone has an out-of-body experience and is able to perceive clearly, they will be able see things that are objectively real and gain knowledge about them. In this way, Belsebuub stated, experiences out of the body can be a very valuable tool for learning and spiritual growth.

Although people often fall asleep unconsciously and experience the astral plane without self awareness, occasionally we may realize that we’re dreaming while asleep, allowing us to have a lucid dream, also called waking up in a dream. These can have the same characteristics as astral experiences, since one still becomes conscious of being outside the body, only after the separation from it has occurred.

A near-death experience, or NDE, occurs when someone has a conscious out-of-body experience while they are considered clinically dead, and then after some time is brought back to life, and can recall it.

Some report that during this time they experience being outside their physical body and seeing it as something separate. They are often able to witness conversations or events happening around their lifeless body, which can later be verified. Some report visiting places or speaking to people/beings, and much more.

There are thousands of accounts of near-death experiences and vast amounts of videos on YouTube with people giving first-hand accounts of their experiences.

Over the last sixty years, numerous scientific studies have been done to try and understand this phenomena and researchers have found that conscious out-of-body experiences (OBEs) are surprisingly widespread in modern culture.

Psychologist Susan Blackmore estimates that at least 5 and as many as 35 out of every 100 people will have an OBE during their lifetime.

Although not yet well understood scientifically, parallel dimensions are acknowledged as possibilities in some current theories of quantum mechanics, supported by observations of minute particles existing in multiple places at the same time.

Understandably, scientific research on OBEs is difficult, as current scientific paradigms rely on empirical experiments on physical phenomena. OBEs are not physical experiences and as such are difficult to quantify, with the majority of studies relying largely on anecdotal information.

When results aiming to prove the reality of OBEs are achieved, it is difficult to know the source of the conclusions, a problem discussed by psychophysiologist and pioneering lucid dream researcher Stephen LaBerge:

Scientific tests [about OBEs] have been inconclusive or ambiguous. For example, if an out-of-body state is sent to a distant locality, one cannot be certain that the data was not got by clairvoyance, or from forgotten prior knowledge of the locality.

When OBEs are induced in sleep laboratory settings for the purpose of study they are also problematic. As summarised by the Australian Institute of Parapsychological Research:

Experimental OBEs tend to be more vague than real-life spontaneous ones. The subject is under pressure to produce an OBE. Induction methods (particularly hypnotic) are susceptible to contamination from the bias (beliefs) of the experimenter.

Many scientific experiments that have been done on OBE’s have only looked at astral travel in a partial way, addressing the sensation of being out of the body, but not the depth and complexity of the content of reported out-of-body experiences.

In classical, medieval and renaissance thought, the astral body is depicted as an intermediate body of light that links the physical body to the soul, and the astral plane a world of light between Heaven and Earth populated by angels, demons and spirits.

In ancient Egypt mystics referred to an aspect of the soul known as “Kha” or “Ka,” which would hover over the physical body while asleep, having the ability to totally or partially materialize in front of other people. Experiences beyond the body were considered an important aspect of existence and were depicted in inscriptions and artwork in many temples and buildings.

In the Indian Yogic tradition “moving the body wherever thought goes” is one of the siddhis or paranormal faculties that are achievable through self-disciplined mystical practice. Growing from the Yogic traditions were many Buddhist schools, including those which taught dream yoga, a practice aimed at developing awareness during the day in order to retain consciousness during the process of sleep.

In indigenous cultures astral travel was used to travel to remote places, to consult with cosmological beings, and to gain healing and learning of many different kinds.

Even in religious texts studied by millions of people today, out-of-body experiences are described and respected as a means to receive divinely guided teachings, profound spiritual visions and understanding of the afterlife.

For instance, The Book of Revelation in the New Testament discusses a prophecy seen by John who was “in the spirit on the Lord’s day,” and the sacred Hindu text the Mahabharata contains several references to astral projection.

OBE experiences from diverse cultures and times are surprisingly similar in their characteristics and explanations of life beyond the body. Parapsychologist Jeffrey Mishlove has noted that anthropologists have found around 95% of cultures to have some sort of belief in out-of-body experiences.

Accounts of OBEs in ancient cultures appear to indicate a shared knowledge of life beyond the body that was once very much a part of everyday existence, an understanding which has mostly been lost with the advent of modern life and materialistic science today.

It may take many years before science can understand and officially explain OBEs. In the meantime we can explore OBEs first-hand, tapping into a long heritage of spiritual seekers who saw the process of leaving their body consciously as they fell asleep as the beginning of a remarkable nightly journey.

There are many approaches to having out-of-body experiences. With training, it is possible to learn to have them at will and on a regular basis. Most methods involve relaxation and a gentle focus of the mind as the body falls asleep.

From 2001 to 2010 Belsebuub was at the forefront of this field of spiritual exploration, teaching people how to investigate and experience life in a multi-dimensional way through various courses, workshops, websites, books, and media appearances. In 2010 Belsebuub withdrew from public life.

His book about astral travel and dreams was a bestseller in its genre, and his course on dreams and OBEs has been taken by tens of thousands of people all around the world while it was running for over ten years. 67% of people who took that course reported having an out-of-body experience within the first two months.

We have practiced Belsebuub’s work and we are enthusiastic about exploring OBEs and want to provide a place for others who are interested in the subject to share their experiences together.

The Astral Codex by Belsebuub explains what OBEs are, what to see and do in the astral plane, how it fits into the structure of life, and how to use it to develop spiritually (but does not include techniques). Visit here for more information.